“How to incubate embedded/IoT engineers with modeling methods” 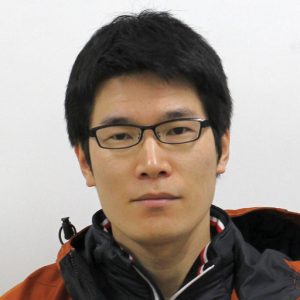 Tomoya Kitani is an associate professor at Department of Informatics, Shizuoka University, Japan. He has received Ph.D. in Information Science and Technology, Osaka University, 2006. His research interests include computer networks, intelligent transport systems and navigation satellite systems. He is a member of IEEE, IEICE, IPSJ and JSAE (Society of Automotive Engineers of Japan). He is a committee of IPSJ SIG-ITS, JSAE Motorcycle division.

Recently, many Intelligent Transport Systems (ITS) have been researched and developed for driving safety and smooth traffic. Motorcycles are popularly used in the world especially in Asia. There are few ITS for motorcycles because motorcycle is low priced and it has more complex vehicle motion and dynamics. In this talk, I will introduce my ITS project for motorcycles.
An advantage of the motorcycle as a mobile sensing node is its mobility in the road. A coming precise positioning method with GNSS provide accurate position so that the mobility can be utilized for many services. I will also introduce the coming positioning system. As launching new navigation satellites by China, EU, India and Japan, Southeast Asia is becoming the most favorable condition for GNSS positioning. 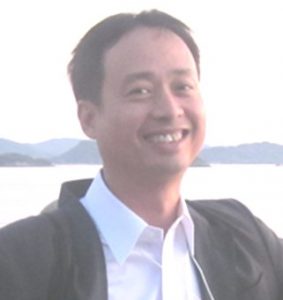 He has received B.Eng. in Applied Electronics from the University of Electro-communications, Tokyo, Japan in 1985, M.Eng. in Electrical Engineering from Nippon Institute of Technology, Saitama, Japan in 1987, and Ph.D. in Electrical Engineering from Keio University, Tokyo, Japan in 1991. His research interests include computer vision, image processing, robot vision, and signal processing. He is a senior member of IEEE, and a member of TRS, IEICE, TESA, ECTI, AIAT, APSIPA, and EEAAT.

Thermal signal and thermal image recently become another important and interesting information comparing with conventional signals representing brightness, sound, distance, etc. In some conditions such as nighttime, it is almost impossible to get brightness information to process and categorize object types. As a case study, thermal signal is regarded to be able to apply for vehicle-type categorization at night time and dark areas, since vehicles generally gets heat from their engines, and their heat patterns can be categorized and recognized the vehicle types. Similarly, food that is normally cooked in the warm or even hot temperature level is regarded as possible to classify and recognize food types and their ingredients by using heat pattern. In this talk, research cases of nighttime vehicle-type categorization and food calorie measurement are explained and discussed in order to understand the trend of thermal signal applications. 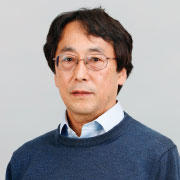 Shin Nakajima is a Professor at National Institute of Informatics. He has worked in the area of theory and practice achieving required dependability of software-intensive systems including CPS and machine learning. He is particularly interested in formal methods, automated formal verification, and software testing.

“Formal Analysis of Causal Loop Diagrams”
Cyber-Physical Systems (CPS) are a new paradigm of software modeling, in which closed feedback loops are essential to capture system’s dynamic behavior. This view, in a sense orthogonal to object-oriented modeling, is applicable to a wide variety of control-intensive software systems from embedded systems design to business dynamics. Modeling at an abstract level requires some concrete notations, and Causal Loop Diagrams (CLD) are such diagrams. Their intuitive operational semantics describe how changes are propagated along loops, and provide a basis for checking properties by means of specification animation or manual inspection. This talk introduces a formal definition of dynamic behavior of CLD, which enables automated checking of CLD descriptions against required properties. Technically the definition employs a net-based formal system, a variant of Petri-nets, to represent true concurrency.